In July 2012, I was sleeping in a bunk bed with my boyfriend when I received a phone-call. I stood up, and after few seconds of staring at the screen, I picked up.

The woman was quite enthusiastic, speaking quickly and with that smooth voice of people here to give you a good news. I heard Paris, communication and advertisement, September. My application had been accepted, in two months I will be starting a new chapter.

Moving to Paris has probably been the most challenging experience in my life, even more than Kambo and that time I had to clean the toilet block for 10 days in a Buddhist monastery. Not only because that city was huge compare to my hometown, neither because of the subway, nor the lack of sun. It was frightening mostly because leaving my comfort zone, the famous question of every human life appeared, raw and particularly insistent: who was I? Among my crazy family, I felt very passive yet understood. Here, I felt helpless and not understood. At all.

I didn’t know who I was, and had no frigging idea about how to figure it out. The romantic relationship that I thought would be my refuge was actually draining and more confusing than anything. The studies I just began turned out to be pretty boring and the people I met didn’t exactly share the same values. Instead of blossoming and finding balance, I started to have deep doubts about my worth and ability to survive in such an environment. 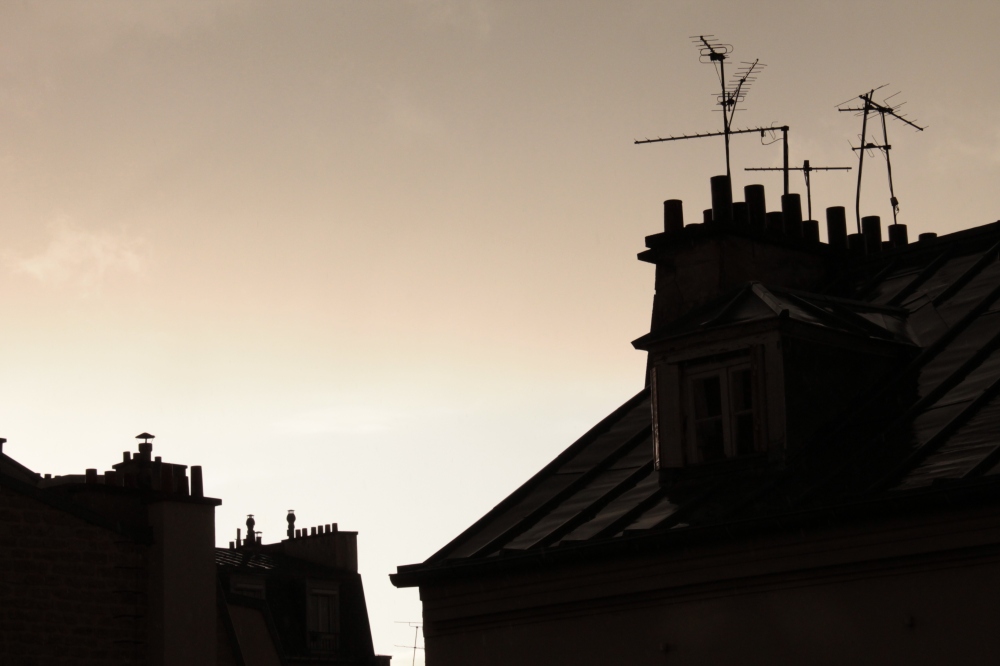 2013: human nature is fascinating. You will never hit rock bottom, because you will define again and again your limits and what is acceptable or not. Even if a part of me felt I was about to turn mentally ill, something stronger pushed me to find solutions and to see the positive. I found a job in front of my apartment (literally, on the other side of the sidewalk!), with new colleagues, I moved in a new flat with a friend and started to meditate.

The chaos in my mind became softer. And the waves of despair, confusion and weariness fewer. Thanks to meditation, I realized that my perspective on things could change my reaction to them. That the situation that I thought inextricable was in fact the greatest way to get to know myself better, and to act and grow upon it. Surprisingly, I managed to fit into my new job, discovered people like-minded and as out of sync as me. One of them introduced me to yoga. In 2014, I moved alone into a third and gorgeous apartment, in which I had my own habits, pace and integrated meditation on a daily basis (almost!). I received a lot of friends, organized many parties and was grateful for those moments where it didn’t matter at what time we had to go to work the next day.

However, I wasn’t peaceful. I was constantly wondering how people can handle the 9h-18h, everyday, and waking up disappointed when they realize that it’s not Friday yet. Waiting for the week-end all week long, and pretending working hard when they’re on Facebook most of the time. Sitting on a chair, in front of a screen, feeling pain at the end of the day because they don’t use their legs anymore, or see enough sun. It seemed illogical, mad and unhealthy. But when I would open up about my concerns, the main answer was « There is no choice. Actually you are even lucky. ». (This is something I want to write about, later… Why the hell are we valorizing people slowly killing themselves for their work?!) And even though I recognized that my life was very comfortable, I couldn’t admit that that routine would lead me to greater realization, inner harmony and true happiness. So I quit my job, and became professionally independent in 2015.

About Space and Time

Having the freedom of deciding how, where and when you’ll work is priceless. Moreover, if your needs are basic, you have plenty of time to just read, sleep until 9am and cook more often. Besides, being my own boss allowed me to go to the yoga studio next to my place almost three times a week. My schedule was blissful and my body transformed. No more jokes from my little sister about how I looked pale as a chicory, no more dark rings under my eyes because I need 9 hours of sleep per night, and no more existential crisis about the sense of what I’m doing. I was in the right place, at the right moment.

Funnily, that peace I had been looking for was not settling for all that. It was more a relief, the sensation that I had purified many aspects of my existence, removed the biggest layers of conditioning and programming from society, the media and my education. Instead of tranquillity, I began to have the feeling that I had now the place for something else, and the need to find the justice behind this life, to find the Truth. This journey was profoundly connected to my self-development, which depended (and still is) on the practice of yoga and meditation, but as well on the reflection of my patterns in others.

My herd as mirror

My best colleagues and friends were weird. On one hand super sensitive, on the other hand very impassable. We would understand each other with a simple glance, and have an uncontrollable fit of laughter because of something very absurd. We spent hours of pure joy, drinking wine and beer, eating too much cheese, singing and dancing in my small living-room-kitchen, or complaining about how life is hard on our poor minds, and crying our eyes out because we felt absolutely incompatible with the world we were living in. Even after becoming free-lancers, we still had those waves of incomprehension surrounding our behaviors and feelings, and to anyone who said « well, it’s the same for everybody you know… », we couldn’t explain how intense and particular our inner lives were. With which accuracy we perceived things and people, and hence our own embarrassment when we had to interact with them. 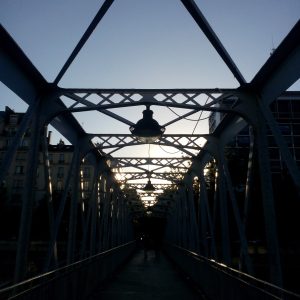 After my crazy family, those crazy ones were my herd at one point in my life, and I’m still amazed by how we could be so similar and different at the same time. Like many branches of the same tree. However, thirsty of adventure and challenges to find answers, my plans took me away from them. I ended up travelling for some months in Oceania and Asia. Running after my true self, I encountered life-changing places, people and experiences. I went back energized and radiant, too high to see that I had missed a piece of the puzzle to fix all what I had learnt.

Summer 2016. Paris was still warm from its day, the pavement deserted in the middle of the night, and we were walking back home, to my nest. Things had changed, but were desperately the same. And it didn’t felt right to me. We were the same. With the same questions, the same struggles. It pissed me off.

After months of exploration and experimentation in remote places, I faced again my biggest fear back home. What is wrong with me? What am I? I was sure I had made progress, but apparently the new programs supposed to bring clarity on my twisted Self could not be correctly installed! Why? The machine itself was defective: I bugged out. How can I move through life if I don’t know which vehicle I’m driving?

That night, a friend gave me a book about her psychological workings, supposed to be slightly different from normal people. A book about why she felt so discordant, sensitive and helpless. Pages about the treasure of our weirdness, and its acceptance. I read it all with astonishment and a lot of tears when I understood that I was a part of this tribe as well. Finally, words! Sweet words, one more time you saved me. Explanations and theories about that particular mind that I’ve been both cherishing and hating during my whole life. I was not mad, there are just different kind of herds on this planet and mine has some disadvantages to live happy under this weather. That was the last piece of my puzzle. 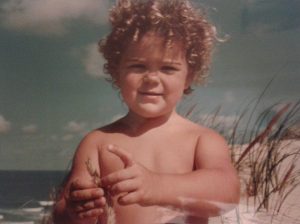